The Turtles are coming…

The Turtles are coming to Wichita as part of their big Nickelodeon Night #2.

Bring the family and meet the pizza eating, crime stopping heroes in a half shell. The team will also be wearing a special TMNT-themed uniform that will be auctioned off at a later date.

We're out of town until March 23rd, but when we do return, you can meet a few of these guys! @Nickelodeon Night #2 featuring @TMNT is just weeks away. Cowabunga! pic.twitter.com/oGaJejN2xm

Nickelodeon Night #1 featured SpongeBob SquarePants. Fan had the chance to meet their favorite character from Bikini Bottom and have your picture taken with during intermission. The team wore a special SpongeBob-themed jersey that will be auctioned off live after the game. 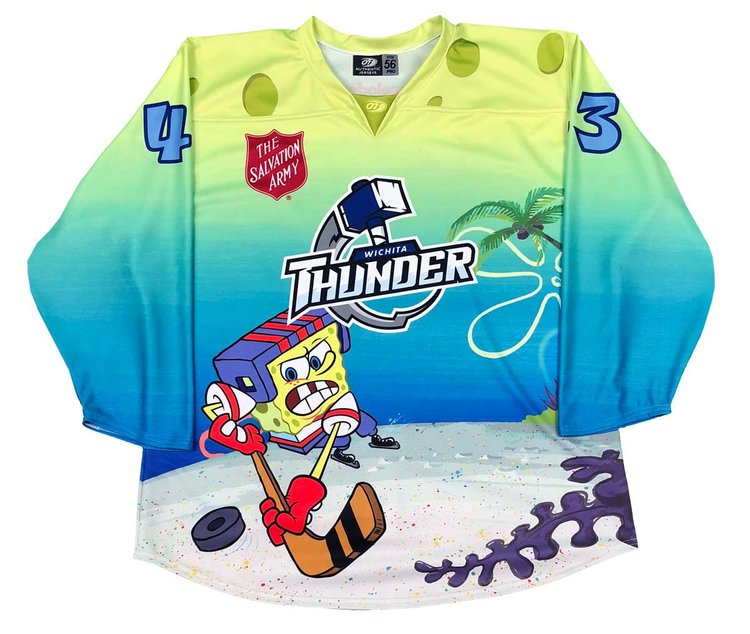 Rebrands, jerseys, Base-Running and Military….these Dogs do it all.

The Thunder keeps up the fight against cancer.