Mascot Bit in Tweet is mysteriously deleted, and my head explodes with a flurry of thoughts.

When I first saw this tweet I thought it was about the Teddy Bear Toss (which I love), but instead it was LV Phantoms mascot Melvin working the crowd in a game against the Hershey Bears.

In the tweet video Melvin pulls the teddy bear in half and throws it into the crowd to the delight of the audience.

But you can’t see the video, because the Tweet has been deleted.

Now I don’t the know the backstory, but a lot popped into my head when I reviewed this.

So many thoughts triggered by one mascot pulling the head off a stuffed bear.

I hope you aren’t in too much trouble Melvin. Keep your head on straight and keep trying different things. 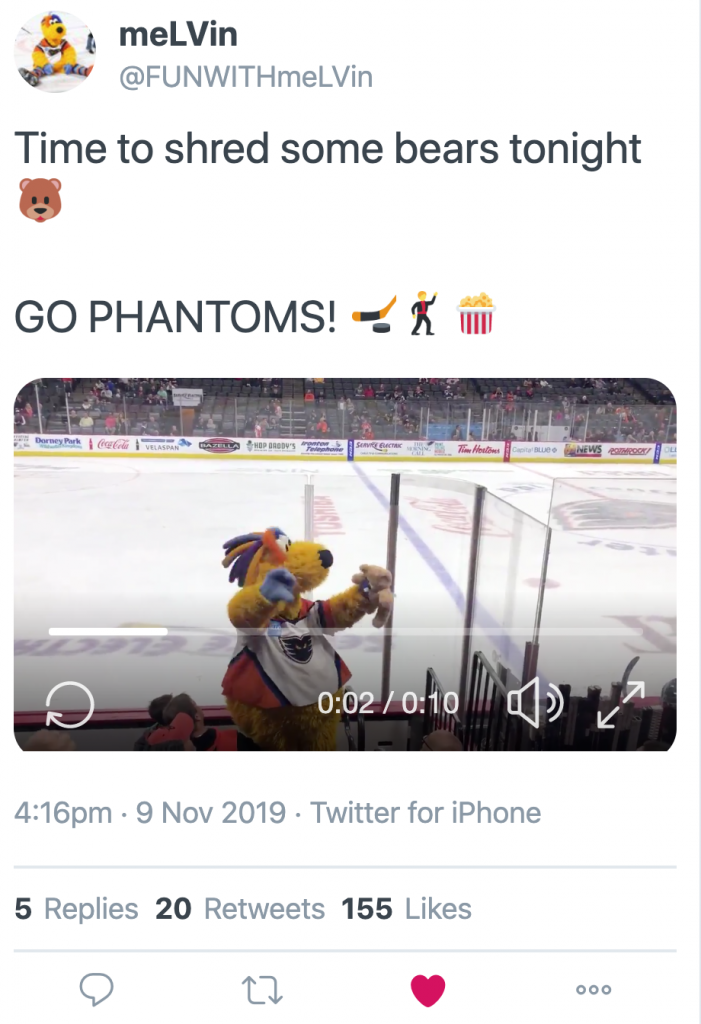