Covering the half-court shot is just the beginning and Todd Overton fro FUGU explains how to make your next big indemnified prize promotion great.

Todd comes with 30-plus years experience in creating those MEGA-Prize contest, like the Big Money Half-court Shots.  But covering the half-court shot is just the beginning and Todd Overton explains how to create your next big indemnified prize promotion.

Great examples from Todd that really aided in the understanding of how the adjust, improve and enhance these promotions. He showed ways to make it simpler, reduce the costs or just make it more interesting for fans. 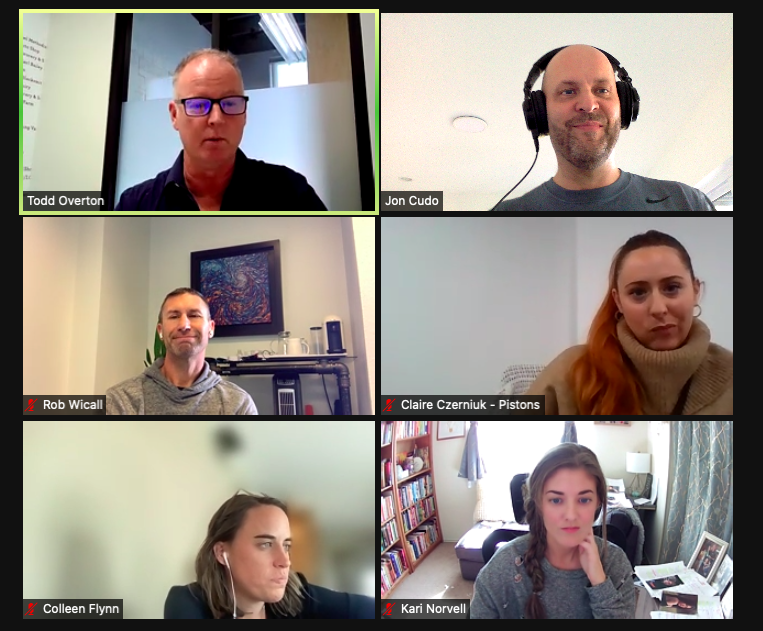 Claire Czerniuk:  At the Knicks, we had a promotion that I sort of wasn’t part of the development of I just executed when I was there was that the Chase add-a-zero contest. So for every shot that was made, they added zero to the one so they can win up to $10,000 if they made all the shots and then the half court shot. So that was one that came to mind. And then right now we’re working through something with a company that is a similar type of shooting contest, which will end in a half court shop for a $10,000 home makeover like renovation.

So we are at the beginning stages of working through those details for what that would look like.

Todd Overton:  We used to do town with Seattle back when they were in Seattle, in Portland did it as well where the fan would get the ball and it wasn’t timed. They take a lap $400 free throw, 4003 pointer for 10,000. They have one shot of these, whether they make or miss them, whatever they made, they would win half court for 100,000 and a three quarter quart shot for a million. And whichever one they made, the last one they made is the money they would win. That was a different take on a promotion.

We actually did the Knicks one. It was just a $10,000 half-court shot. They did X number of games they got one year.

The frequency was low. I remember as how many times you did the promotion.

Claire Czerniuk:  The concept was that the zero got added. If you made each shot from the designated location got you.

Cudo:  So it’s interesting. Todd, do you find that most teams are looking for something kind of out of the box or do people go with, for example, everyone, we keep going back to the half court example, and I would think like it takes away from a promotion when you have to explain it over and over again and explain the nuances to it. So when you have something that’s complex, obviously, you’re spending a lot of your court time explaining it. But when you say it’s a half court shot for a car, you’re kind of done.

Do you find teams that they lean in towards. That because the concept is simple for the fans, or are they just being like, that’s what we know. So we’re going to ask for that.

Todd Overton:  Yeah. It’s usually keep it simple, stupid type promotions where it’s very easy to get them on and get them off quickly. But I can tell you, especially since the pandemic we’re not seeing a lot of on-court promotions we have lately, but especially for minor League baseball. They’re probably the most promotion minded sports out there. And we have a promotion where it’s called the knot hole home run. You’ve probably seen this job where there’s a big sign and left center field that’s got Joe’s tires shop and the o and Joe is cut out.

And if a home runs hit through that O and Joe fans can win a new car 10,000 hours or whatever. That’s long odds, but very high exposure every game. Joe’s Tire is getting that exposure. And every time a ball near that, people are like, oh, wow it the Joe’s Tire Sign. We’re seeing a lot of that. Plus, it’s very inexpensive because the lives are so long. I’m just not seeing a lot of the on-court stuff, but when we do, it is simple. And not only that I used to do a deal with, oh, this is with the Cal, the College, where they would have to put a golf ball the length of the court basketball court into a little mouse hole.

Well, that was very easy to explain, but it was different.

It was easy and they’re on and off. And there’s a lot of high drama watching that ball slowly roll the distance to the court because it’s got to go. It’s like ice when you hit the ball and it’s just fun to watch it. And then whether it goes in or not, it’s over and then grab and they’re done. And that’s another easy one to just run and explain.

The full video from the Huddle is available on Gameops.com Plus for our members.

Todd can be reached for more information or to quote your next great idea at Fugu Prize Indemnity, Inc.

Todd was also interviewed previously on Gameops.com, you can read that interview here.

Cameropn Hughes is no stranger to drawing a passionate response from fans. This huddle looks at finding ways to emotionally connect with your fans through your show.

John Franzone from the Stanley Cup discusses building your show when your team is winning, Pre-game Pumps, watching the game like a fan and owning the exclusive right to play Thunderstuck.