A whole year in one night inning game, plus Pirate Night awaits the fans in Myrtle Beach.

Fun promotional theme nights are coming from the Myrtle Beach Pelicans.  Their calendar is a weekly bonanza of Weiner Wednesday’s, Thirty Thursdays and Fireworks Fridays and a summer full of Military Personnel & First Responders Discounts. They sprinkle in some variety with promo nights including Dinosaur Night and Bobblehead giveaways.

Then they pack a full year into one game on Friday July 16th. 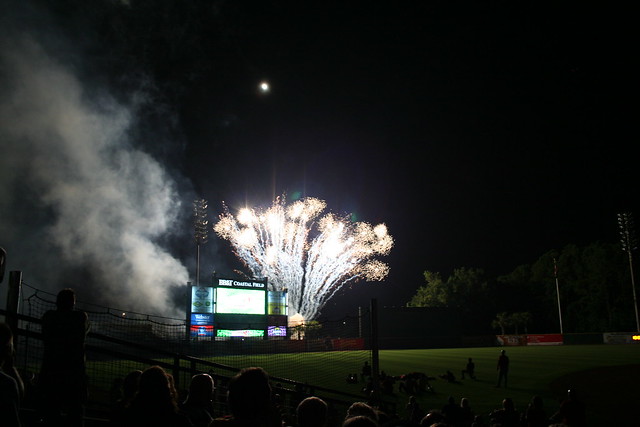 Join us as we try and celebrate an entire year worth of holidays and yearly traditions during one ballgame. Gates will open when the New Years ball drops!

Sounds like a long night of fun, with the chance to peek into 2022 if they go into extra innings.

Plus:  Pirate Night – Aug 13th – What do you call a pirate with two eyes and two legs? A ROOKIE! Pirate Night at the ballpark will feature pirate attire, entertainment, and perhaps even an appearance from Captain Arrr Moore!

The promotions are out!

The fireworks dates are set!

Tulsa kicks off the Teddy Bear Toss Season with a weekend promotion.