When preparing David Raymond for the Phanatic debut the general manager of the Phillies Bill Giles gave him some life altering advice.

Jon Cudo interviewed David Raymond for the January 2020 for the Party in the Back Podcast. They talked primarily about David’s new book called the Power of Fun.  David has been sharing how using the Power of Fun for years with his mascot consulting and creativity consulting, as well as a TEDtalk on the subject. 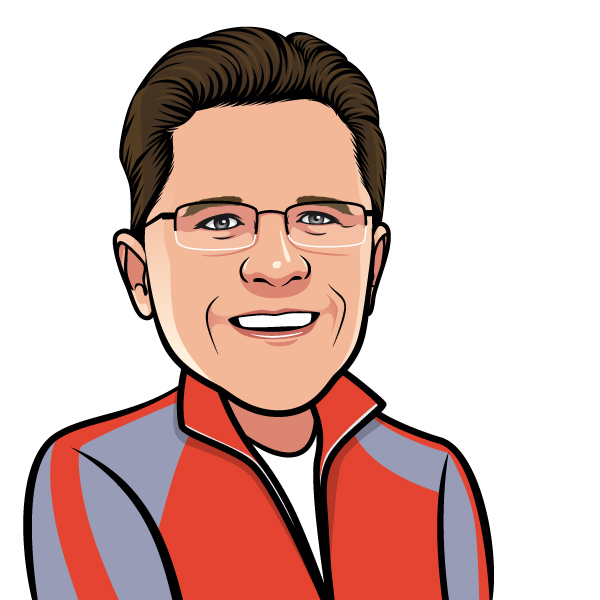 In the book Raymond looks back at how his time with the Phillies shaped his life, including this simple interaction with the team’s GM shaped the Phanatic and the rest of his life.  When prepping David for the character debut Bill Giles, then the general manager of the Phillies, said, “David, I want you to just go out and have fun tonight. Make sure you have fun. If you’re not having fun then the Phanatic will not be funny and the fans won’t like him.”

In the podcast we talked about “the audience of one”, meaning you have to make sure you are having fun and laughing along the way.  This applies not only to giant green furballs, but to everyone in life.

As game time approached that night, I realized I had no specific direction on what I was supposed to do. I had an idea of what I wanted the Phanatic’s personality to be, high-energy, a little hyper, with a splash of my favorite cartoon characters and maybe a little Three Stooges mixed in. In my mind’s eye, the Phanatic would be Daffy Duck, flying around frenetically one second and planting a big, wet kiss on someone’s forehead the next. It was opening night and I had been given the role of a lifetime. But I had no script, no real understanding of this new character.

David continues, “When facing a challenge or struggle, one of the most important questions to ask is: “Where is the fun?” Think of it this way: We have long been conditioned to seek out or create fun only on our “off” time because we see fun as appropriate only during times that we are relaxing and happy. We have a tendency to avoid fun when we are at work or dealing with challenges.”

David book The Power of Fun is joy to read.  The perfect guide if you are a performer or just want to inject more Fun in your life.

Dave Raymond was the original Phillie Phanatic. From 1978, when he first zipped up the green fur at Veteran’s stadium, until his mascot retirement in 1994, Dave performed for millions of fans and celebrities from Philadelphia to Japan. With his performance career Dave designed, built and tested a process that created a million-dollar brand extension for the Philadelphia Phillies and helped him get through some of the hardest times in his life. He calls it The Power of Fun. These are his best stories about Being the Phanatic and what the big green guy taught him about how tapping in to the power of having fun will make you happier, healthier and more productive at home or at work. Read The Power of Fun, step into the green fur and Be the Phanatic for a few hours to learn how it can change your life!

Canadian National Treasure and frequent guest on our podcast Cameron Hughes writes about his life journey and inspires everyone to get up and take a chance on themselves in his new book KING of CHEER.

“An inspiring and impeccably crafted story of against-all-odds triumph. I loved this book, truly.” —Simon Winchester