Sky Element Drone Pilot Preston Ward and Charlotte Sports Organist Greazy Keyz join the Party in the Back to talk about their entertaining additions to sports.

This month on Party in the Back we Party with Preston Ward and Jason Atkins, better known as Greazy Keyz.

Preston Ward is a triple threat including a Licensed UAV Pilot, Licensed Attorney and Licensed Pyrotechnician. His team at Sky Element created the Star Wars Drone show for the Oakland A’s (featured recently at the Gameops.com Water Cooler) in addition to recent shows in Las Vegas and Texas. Preston shares insight on drones show and how the technology can be used for entertainment and storytelling.

The Government knows him as Jason Atkins, but Charlotte sports fans know him as Greazy Keyz.  This in-game musician and organist has been entertaining fans at Charlotte Checker and Kannapolis Cannon Baller games, as well as the Charlotte music scene for years.  We check in with Greazy Keys on the difference between performing in hockey and baseball and the value of being Greazy. We also discuss Minneapolis Super Band Greazy Meal.

Cudo also talks about the 2021 Best of Nominations and gives an incredibly shameless plug for Gameops.com Plus.

Thank you for listening and sharing the podcast. 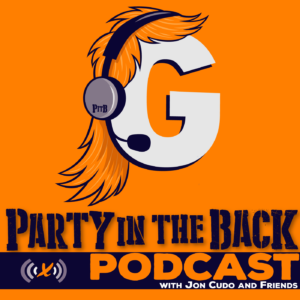 Find the Podcast on iTunes or use our RSS feed directly.

The Party in the Back Podcast on Gameops.com – iTunes

Gameops.com Plus is our value-added membership site. It is a network to enhance the fan value of events.  Three times a month we gather for a hour long discussion on an industry topic with a special guest to share their insights. Leaders like Claire Czerniuk, Jonny Greco, John Franzone, Barry Anderson, Colleen Flynn, Jackie Maldonado, Todd Bosma, and Kari Norvell have discussed topics from dance teams to creating custom music. December calls feature Zoltan Berensci from the World-Famous Harlem Globetrotters and mascot prop call with Jeph Harris and more on the Gameops.com Plus Network.  Free One Month Trial is available now on Gameops.com PLUS.

Between the Fur: Robert Shields

Andrew Isaacson from The Famous Group joins the party. He talks about their new virtual fan solution Thunderdome created for WWE and how the pandemic pushed them to build a better virtual fan solution. Plus Rob Wicall on evolving mascot costumes, bubbles and a look at the best Water Cooler Moments in August.

A Song Breaks Out in Kzoo

Kiss Cam is Hot In ATL