We caught up with The PA-Guy, Kevin Kelleher and got his thoughts on all things PA for a Gameops.com interview. Updated in 2019.

We try to keep tabs on who else is tracking segments of the game operations world. We caught up with The PA-Guy, Kevin Kelleher and got his thoughts on all things related to PA Announcing for a Gameops.com Interview, including his Ten Rules for PA Announcers.
(updated and reposted Sept 2019).

Gameops.com: How did you get started in the PA business?

Kevin Kelleher: I put up a card table at a Little League game for 15-18 year olds and started playing music between innings. The local high school coach was scouting players and asked me if I could do the same thing for his team. Once I got there, he asked me if I could PA the games and play music-I said yes even though I never had a microphone in my hand-I bluffed my way in.

Gameops.com: What are the key qualities in a PA (Public Address Announcer)?

Kevin Kelleher: I think the most important thing would seem pretty obvious to people but there’s no getting around it-You must have the instinctive ability to be easily understood when you speak – Diction, clarity of speech, pace, and inflection are keys – also the presence of mind to extract from your vocabulary any type of slang words or accent is almost equally important – I personally try and sound as generic as possible so that my “New Yawk” accent (which I’m proud of and haven’t lost after 20 years in Florida!) is “invisible” – Unfortunately the above qualities almost always insure that the top level PA gigs go to people in the broadcast media fields-Radio & Television! 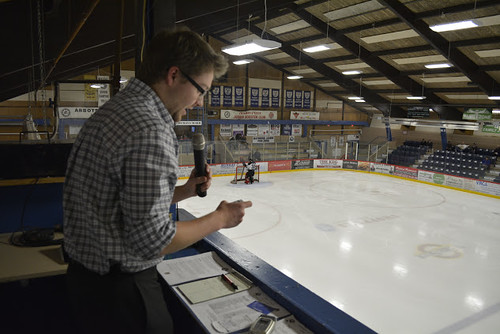 Gameops.com: What do you think of the trend to hire in-arena hosts to supplement PA Announcers?

Kevin Kelleher: It’s good in a way because it takes the strain off the PA.

Gameops.com: Ideally where should a PA announcer sit?

Kevin Kelleher: Baseball-directly above and behind home plate
Football- as close (in the press box) to the 50 yard line as you can get.

Gameops.com: What are the key tools the PA announcer needs to be effective?

Kevin Kelleher: I believe that a good PA person HAS to be ORGANIZED – ok so – that let’s me out-hahahahahah – that goes for the whole ball of wax – the ad spots, the sponsor appreciation, and of course the in-game player announcements-having a good game day director at the college level is a great tool, as they script out everything and cue you up-then you just have to follow the numbers-at Pro Player Stadium we use the Miami Dolphins game day crew for FAU Football-they’re a ‘well-oiled machine’ and make things fun – For college baseball, we have a marketing director as support and the SID and SID Assistant in the booth to insure everything goes smooth-if you have the right people around you, it makes it just a little bit easier –

Gameops.com: What do you use that adds to your effectiveness (on-demand audio, special microphone, information sheets)?

Kevin Kelleher: I use two ‘on-demand’ audio products-“GameOps Commander” and “Stadium DJ” both provide sound and music with a keystroke – .With school budgets being what they are, I use any working microphones, and have gone ‘out-of-pocket’ many times on electronics for game day. At the high school level, I make a point of finding a representative of the visiting team to double check player’s names – and at the university level, I get with the SID and go over each player’s name making sure I pronounce them correctly-with notes in the margin of my line-up cards.

Gameops.com: How much should you script your PA Announcer and how much leeway should you give them?

Kevin Kelleher: Script me, Script me, Script me – PLEASE!! I think the best time for a PA person to have some leeway on what’s being said is during promotions and in-game contests, where the fan is involved – For FAU Football, I have 65-70 scripted spots in addition to in-game play announcements so I’m very used to following a formatted game programs.

Kevin Kelleher: Last minute requests are ‘part and parcel’ of what happens during an event. So as long as the person making the request presents the announcement in a readable form and doesn’t say in a panicky voice “Here! …read this- Quick!” I’ll accommodate most any last minute request. When you announce at the high school and college level this situation crops up frequently…however, I imagine at the ‘pro’ level, things are pretty much scripted 100%.

Gameops.com: What’s the strangest request you have ever received to say in-game?

Kevin Kelleher: FAU vs. Miami Hurricanes January 2000-biggest college crowd ever at Florida Atlantic for Baseball – prior to the game a pro scout (looking to play a practical joke on his friend) came into the press box and asked me this question-“Hey, could ya do me a favor?” “In the bottom of the second inning, could you announce that my buddy – Joe Smith’s CAR IS ON FIRE?” 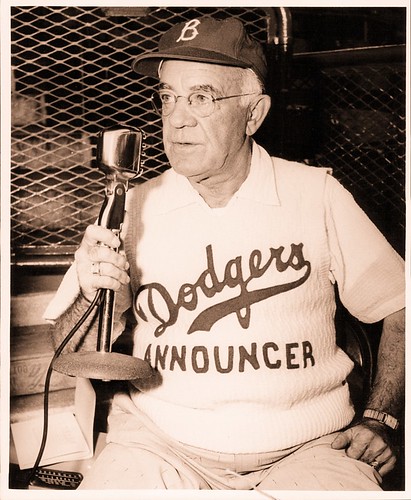 Gameops.com: You list Bob Sheppard of the NY Yankees as your favorite announcer, what does he do that makes him special?

Kevin Kelleher: Former Yankee players have collectively described Bob Sheppard as “The Voice of God” his style and speech pattern would stop you dead in your tracks – his motto is “BE CLEAR, CONCISE, & CORRECT.” He’s been at Yankee Stadium since 1950! I pattern my Baseball PA directly after his style and I’m proud to say that to anybody who asks.

Read a great article on the History of PA Announcing  called Announcing Through Time which includes audio of Bob Sheppard.

Gameops.com: This is so often seen as a role for a guy, any thoughts on the growing number of women PA Announcers?

Kevin Kelleher: I’ll be the first to admit, when I hear a woman doing PA I get a weird feeling, I guess I’m just ‘old-school’.  But I congratulate Renel Brooks-Moon, the first woman ever to announce a World Series game, she’s the Giants PA Announcer.

Women are not only succeeding as PA Announcers, they are changing the game.

Gameops.com: On your list of “10 Rules for PA Announcers.” You mention not to editorialize. Why is that so important?

Kevin Kelleher: That rule is specifically designed for the people who are given the privilege of announcing their local team and use it as a forum to inflict their personal viewpoints upon others in attendance. When you announce at the inter-scholastic level you must resist the temptation to use the microphone in a way that would suggest bias of any kind. Those “blow-hard” loud mouths who ‘yuck it up’ behind a microphone are the ones that people complain about week after week.

Gameops.com: Same question about #5 No Cheerleading?

Kevin Kelleher: See above answer-important note* My cheerleading rule does NOT APPLY to existing pro PA Announcers or people looking to break into announcing at the “pro” level. If you announce at the high school or college level, you must be objective ALL THE TIME! 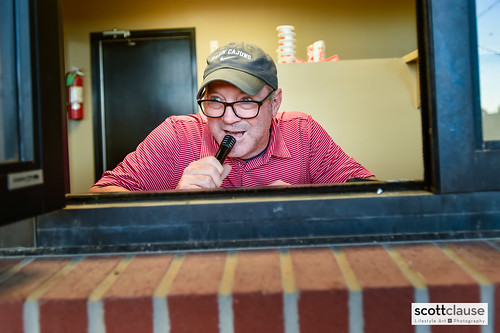 This month on Party in the Back we party with Cyclones In-Game Host Jay Kruz and one-time co-host of the Gameops.com Podcast Pat Walker from 3 Point Productions.