High Five is a game review series from Gameops.com. Game review from the Youngstown Phantoms in February 2021. We looked at five ways the Phantoms engage and entertained their pandemic-limited audience.

Our “High Five” series looks at five stand out elements from a live team reviews around the country, along with assorted features and notes from our on-site visit.

Editor Jon Cudo attended as the Youngstown Phantoms hosted the Chicago Steel in a USHL game on February 20th, 2021.  Held at Youngstown’s Covelli Center for a pandemic-limited crowd representing 20% of arena capacity. The evening was Military Appreciation Night and included a $1 Beer special.

The show is directed by Arielle McNutt who has been a part of the Phantoms since the 2017-2018 season. Arielle is also an Army Combat Veteran from 2003-2015, which promised to raise the level of their Military Appreciation Night efforts.

The show was entertaining and engaging for an eager fan-base. The theme night was woven into the game including several military tributes and moments. Their pre-game was effective, including a strong music mix that hit everything from trendy TikTok songs, classic rock and even some Willy Wonka show tunes.

For more game reviews from the pandemic, featuring a look at game entertainment with limited fans and safety protocols see:

Here are our five highlights from the game in Youngstown

A good promotional theme is splashed all over your show. A great one is spread everywhere. If your Star Wars Night includes Chewbacca roaming the concourse pre-game and throwing out the first pitch , it isn’t likely going to be memorable. If every contest features a movie character, headshots are set in space with the Rebellion/Empire logos, ushers have temporary Star Wars tattoos, Darth Vader battles your mascot, your dance team performs to the Cantina song, the umpires are escorted by Stormtroopers and the Millennium Falcon is parked in the bullpen…then you are probably going to be remembered.

You get the idea…the more you can spread that into every corner of your show, the better. 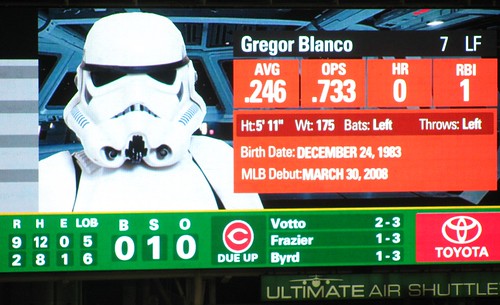 On this night the Military was honored and noted in numerous ways throughout the show, including: 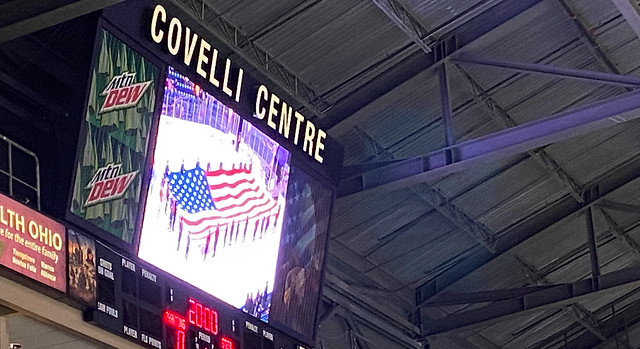 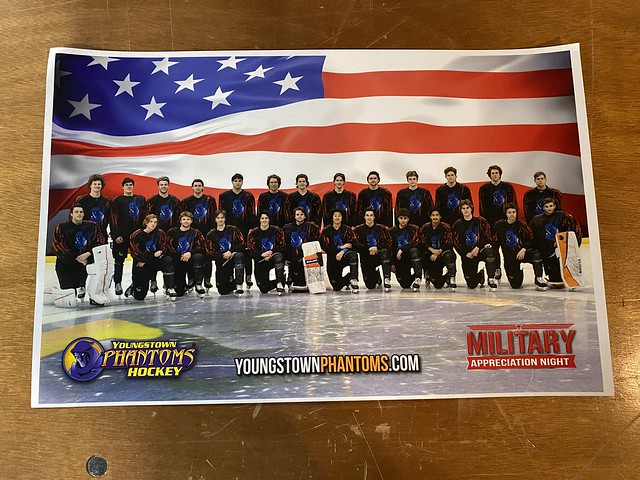 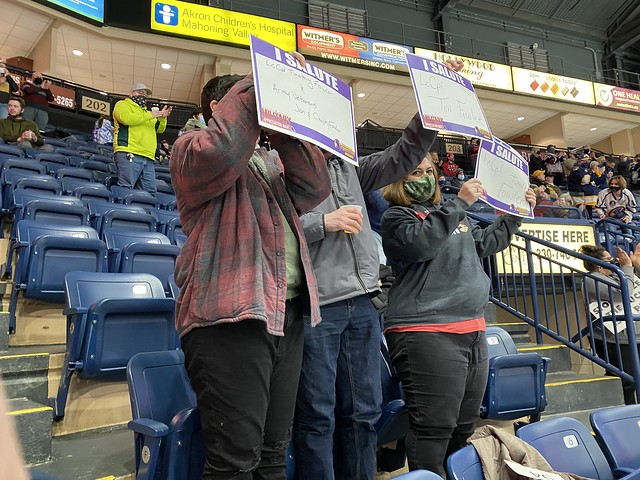 Overall the team cemented the Theme Night with numerous features and moments that saluted service and our military. They found ways to connect the theme into many part of the game and ensured that anyone who came for the Appreciation Night would be more than satisfied with efforts.

For more information on using and displaying large Field Flags

Everyone has staffing and budget constraints.  Those have been exacerbated during the pandemic. I was thinking about that while I took in the Phantom’s pre-show and reflecting on their content. [Editor’s Note: The Phantoms did not note any staffing or budget constraints, I am speaking broadly to make the point.]

Building any content is time consuming.  Time spent on one part of your show takes away from time you can spend on another.  Pre-game shows are part of the experience and a way to entertain and inform fans as they trickle in. You can build the energy to a crescendo, inform fans about upcoming events and condition them to your staff, pacing and traditions.

You can spend hours and hours updating and refining the pacing and content for the pre-show. In my work with WWE Live Events a large part of the show was organizing and producing the pre-show. Adding new fresh content, building the show’s energy to the opening bell, fitting in sponsor messaging and introducing the fans to the host and the show. The more you can templated content and create repeatable elements the more effective the show becomes and the less time it takes to manage, for you and the staff. Time saved on the pre-show allows for more time once the game starts.

What I was impressed with from the Phantoms was their show was engaging and interesting, notably it was mostly created from content that could be used over and over again. 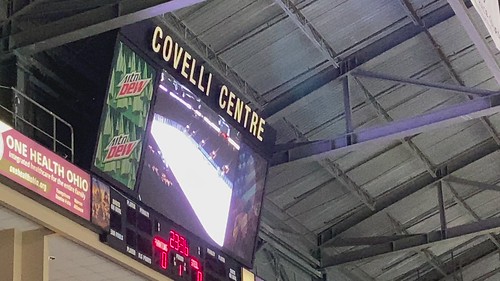 The majority of the pre-show time (about 1 hour) was filled with content with these Three E’s:

Executing the show still takes time and energy. When your staff is taxed due to COVID they know they have an entertaining hour ready to go each night. They can lean on this pre-show content and focus their energy for the nightly theme, like Military Appreciation Night.  Relying on content with those Three E’s is fast, easy, fun and repeatable.

While this applies to Pre-show, it can also be applied to halftime/intermissions.

I am a long time advocate of performers like Krazy George and NBA mascots who utilize a drum in the stands.  This roving percussion can really drive audience participation and create energy in all corners of the stadium.

I was surprised at the game when a promo team member AND the mascot where in the entry below me.  While I have seen the solo roving performer, I couldn’t think of another time I had seen two.

As a wise boss has once told me, two is more than one. (To which I typically roll my eyes…)

In this case I was pleasantly surprised by the pairing.  Aside from the crisp beats and added energy, the simple addition of the Promo Team member allowed the mascot to break away and do “mascot stuff” like high five kids and react to people around him…and the beat goes on.

My boss was (finally) right. Here two was more than one. 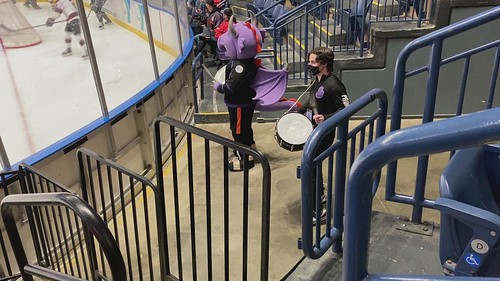 The Threshers find a way to make their promotion still shine without the game.