High Five is a game review series from Gameops.com. Game review from a special Virtual Game presentation from the Milwaukee Admirals in March 2021. We looked at five ways the Admirals engage and entertained their fans virtually.

Our “High Five” series typically looks at five stand out elements from a live team reviews around the country, along with assorted features and notes from an on-site visit. This review is from a Virtual Game Experience shared by the Milwaukee Admirals on Twitter March 12th, 2021.

The Admirals are on of many teams who suspended operations for the 2020-21 season due to the pandemic.  Teams like the Charlotte Checkers, Toledo Walleye, Kalamazoo Wings and Fayetteville Marksmen took a year off from live events leaving a void for fans and staff.  Many teams have taken measures to maintain traditions and connection by creating virtual or alternative events to connect with fans, drive interest and maintain traditions.

They took us to a game.

From the pre-game show, traditions, hockey action and iconic time outs the team had recreated everything virtually. What started as a Water Cooler post about a cool social media promotion expanded into a review of an entire game production, since this experience mirrored a game presentation so closely. The Admirals show is produced by Director of Entertainment Heather Wojciechowski-DeCaire.  Heather has been with the team nearly 20 Years, starting with their promotions team the Lee Jeans Puck Patrol.  For this show Heather worked heavily with the social media department and, of course, her game night staff including hosts and mascots. Jaymee Ebbers in Social Media Coordinator and Videographer Steve Olson played major roles in this presentation.

Heather and her team started planning the Virtual Game Day at the beginning of the year. The Admirals wanted to do something special for the one-year anniversary of their last game and knew replicating their show virtually was the answer.

For their show sponsor-related items were done out of goodwill and to showcase our existing partnerships. Virtual Game Day was a great opportunity to shine a light on partners and put them back in front of fans and followers. 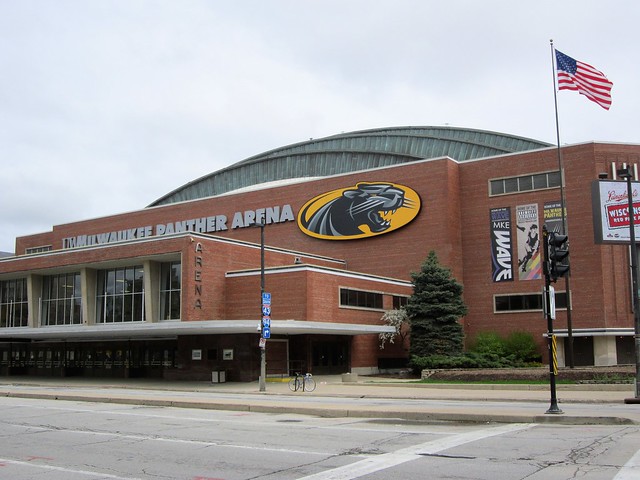 The Admirals were able to incorporate many game elements to create the flow of an actual game.

Using social media they asked fans for various in-game element submissions, including an enter to win an in-home pizza delivery and their innovative virtual t-shirt toss. Outreach for these elements took place on Facebook and Twitter about a month earlier.

The efforts resulted in an epic reminder of the fun Admiral fans have attending games Panther Arena.  The show started with their hosts welcoming fans back and letting them know what to expect, including a St Patricks Day jersey auction, a big virtual shirt toss and Chuck-a-Puck.

Here are our five highlights from the virtual game from Milwaukee:

Chuck-a-Puck and Shirt Toss are two popular in-game features that stood out in this virtual showcase.  Their take on the Virtual T-shirt toss is really great.  The team asked fans to sign up for the shirt toss in the weeks leading up to the virtual game. They put names on seats and let Roscoe fire away in a great substitute for the real thing.

Winners are able to pick-up shirts curbside at the team offices (or shipped to winners who are not local). Fans could enter to win a t-shirt on Facebook and Twitter a few weeks prior to the event.

This segment included fun interactions with the mascot and host that mirrored the live version as well.

Virtual Chuck-a-Puck proved you can get interns to do ANYTHING….along with being really fun.

The team add an additional price points to bulk up sales: 1 for $2; 3 for $5; 20 for $15. Usually pucks sell 1 for $2 & 3 for $5. During games the Admirals use numbered pucks but opted for names on the pucks for their Virtual Game Day presentation to make the winner announcements easier.

Two parts to this elements, first the set-up and the chucking of the pucks.

The the winners were found and announced in the following segment.

The Fayetteville Marksmen used a similar set-up earlier this year.  These successful virtual puck tosses lay the groundwork for how teams might use Chuck-a-Puck for off-season or non-game nights as a fundraising tool or virtual activation.

2. Connect to the Action, Apps and Merchandise

You can’t do a Virtual Hockey Game without Hockey. The team mixed in videos from the hockey side too, like a highlight of the last goal score (a year ago) and a message from Head Coach Karl Taylor. They showcased their connection to parent-club Predators with goal highlight from an Admirals player who is now playing in Nashville along with hockey highlights from current and former players.

It's been a while since we've seen anybody light the lamp in Milwaukee. 🚨
Exactly one year ago Daniel Carr put the Ads on the board early on in the 2nd! #AdsGoVirtual | @LandmarkCU pic.twitter.com/4Jbki6njQI

The team also used the Virtual Game exposure to promote their team shop with special offers and a pinned tweet kept the 2021-22 Season Tickets in front of fans minds. The Ticket Sales Staff added a personalized touch with a video thanking fans for their patience, support, and encouraging referrals for next season. 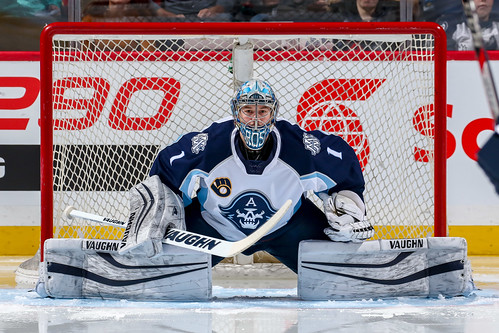 Admirals hockey was just part of the package, they included a montage of magic moments from local hockey youth and highlights of the kids playing hockey around the MKE community.

And just when you thought the Virtual Game wasn’t smart enough….here the team gets you to download/open their app for trivia….all in the same way you would with fans in your building.

It's time for a little Admirals trivia. It's easy as easy as 1-2-3. We promise!
1⃣: Open the app.
2⃣: Answer the questions.
3⃣: Win some prizes! #AdsGoVirtual | @SazsStateHouse pic.twitter.com/hPuB393FO5

The team was smart to recreate their in-arena show in these ways, capitalizing on the action, fan loyal and love for hockey. Turning fan passion for their brand into followers, app users and ticket buyers.

Traditions set the tone for your event, lets fans know what to expect, builds anticipation and connect your fan community. These moments stitch together the show and let fans gain a sense of belonging.

Traditions are rituals, stories, beliefs, customs and routines that we share and pass on. They can be cultural, familial or religious and are unique to your family or tribe. It is the rituals, both big and small, that tend to create lasting memories.

Traditions are important in our lives and provide many benefits. We intentionally create and continue traditions because they provide a sense of belonging and meaning to our lives. Family rituals nurture connection and give us comfort. … Traditions also provide a constant for us in an ever-changing and fast-paced life. (RedTricycle)

Traditions include protocols like the National Anthem, which the Admirals did not miss (sung from home),  but these in-game sports traditions take many forms, like the examples:

Fans love these well-executed traditions and look forward to the rituals. The Admirals smartly included these traditions (and their sponsorships) like the Briggs Siren moment when their mascot Roscoe kicks off the game with a siren.

Our hosts and mascot were eager to get back and entertain.

They also included their ceremonial puck drop, using Roscoe in place of a celebrity while keeping the tradition intact.

It's loud! It's maybe annoying! But it's how we kick off every home Admirals game!
Let 'er rip Roscoe! 📢#AdsGoVirtual | @BriggsStratton pic.twitter.com/JJBlQtpxA2

These moments create that sense of belonging and meaning for fans. They are an important (and entertaining) pieces to the game and the Admirals were wise to include them.

See Page Two for notes on Activating Sponsors Virtually, the value in getting the details right and BONUS content…

Grab the bag in Grand Rapids….it really could be anything.