Wrestling Legend Kevin Nash (aka Diesel) is appearing next week for the Reading Phils, complete with a VIP package and bobblehead option.

VIP’s have a chance to meet “Big Kev” at VIP session, but fans will also have the chance for an autograph thanks to a sponsorship with a local card shop.

The promotion was initially planned for 2020, but was cancelled due to the pandemic.  Scott Hall was also planned as the other half of the double bobblehead and appearance, however the wrestler also known as Razon Ramon passed away in March 2022. The duo were synonymous with the wildly popular surge in 1990’s professional wrestling, creating the iconic NWO faction while known as The Outsiders. 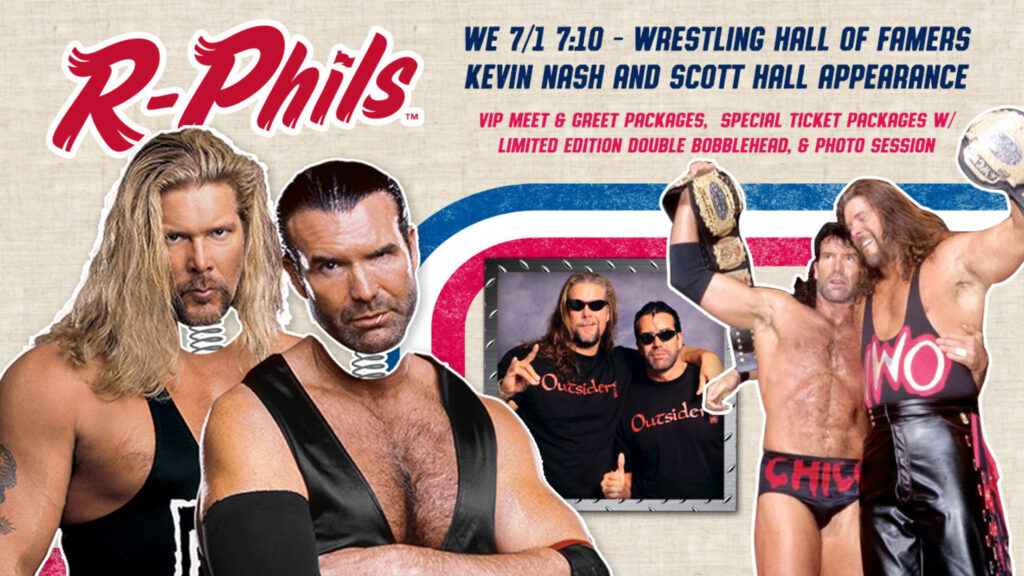 Special Kevin Nash/Scott Hall Pre-Game VIP Meet & Greet tickets are available for $100. This package includes a limited-edition Nash/Hall double bobblehead. Space is limited, and each VIP guest is guaranteed to meet Kevin Nash and Scott Hall prior to the game, receive an autograph and photo with them, and take home a bobblehead, in addition to the ticket to the Wednesday, July 1st game.

Fans also have the option of purchasing the limited-edition Nash/Hall bobblehead plus a ticket to the July 1st Fightin Phils game for $35.
A free general photo session will be held with fans beginning at 7:15 p.m.

Fun of the Game Movie Review

Every year about this time the Sea Dogs emerge through the corn stalks and right into fan’s hearts.

Spokane Chief get all analytical and double their average attendance.