Dressing the part of another character doesn’t free you from the responsibility of what you do in the costume. A stark mascot reminder from the January 6th DC riots.

Interesting look at the costume and dress of the January 6th Capitol rioters from the New York Times, with a hint of a parallel to sports mascots.

The author questioned the varied costumes of the insurrection and wondered why people felt the need to costume-up for this disgusting raid of the US Capitol. 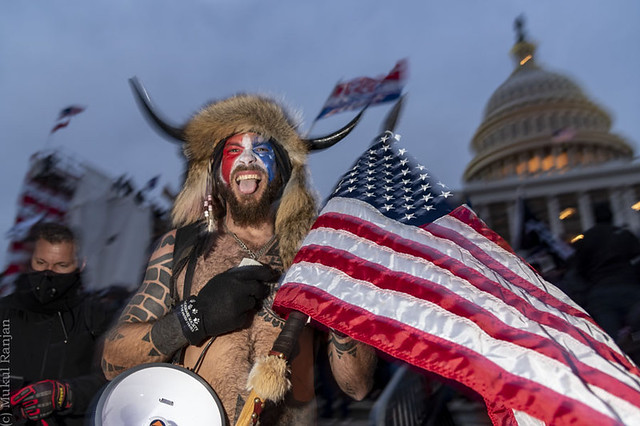 Why Rioters Wear Costumes (NYTimes)
As star-spangled superheroes and militiamen, the rioters of D.C. dressed with a license for mayhem.

When you leave the totems of your usual identity behind you free yourself from the laws that govern that identity and assume those of another character — a frontiersman, a hunter, a warrior, even a superhero — that can then be twisted through a dark mirror into the outfits of the insurrection. There was no clearer image of what that meant than a shirtless man in what looked like a cross between a coonskin cap and a horned spirit hood, with face and body paint, standing gloating behind a desk in the Senate chamber as if he belonged there, after the actual elected lawmakers had been rushed away for their safety.

Much like a mascot performer who uses a costume in part to differentiate themselves from the mascot persona, some of these rioters wore costumes to distance their actions from themselves. Dressing the part of crazed insurrectionist helped the transition from citizen to rioter for this crowd.

However dressing the part of another character doesn’t free you from the responsibility of what you do in the costume. Thankfully mascot performers take responsible for their actions in costume….here’s hoping this Capitol-riot crowd does too. 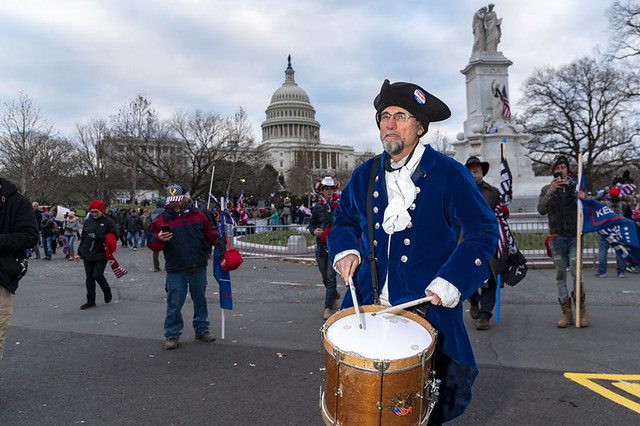