The Best of 2020 Awards complete with seven categories. Congrats to all our winners in this most unique year.

The Kid Clippers dance team has been a fan favorite in LA for over 15 seasons.  Performers ages 6-12 years old dance at weekend games at STAPLES Center and are known as one of the most talented squads in the NBA.

One panelist noted “These kids can flat out dance. Their routines were sharp, creative, and something you would expect to see out of adult professional dancers.”

The Cavaliers Drum Team 216 Stix (formerly The Q Stix) are a pounding drumline using buckets, trashcans and anything to get Cavs fans feeling their beat.

The Best of Panelists loved the energy and universal appeal of the team. Their personality jumps off the court and they also provide backbeats during play to keep Cavs fans engaged all game long.

#MusicMonday Check out our performance from 1/28/20! #216Stix #Cavs #BeTheFight pic.twitter.com/ELEB5ZNhj0 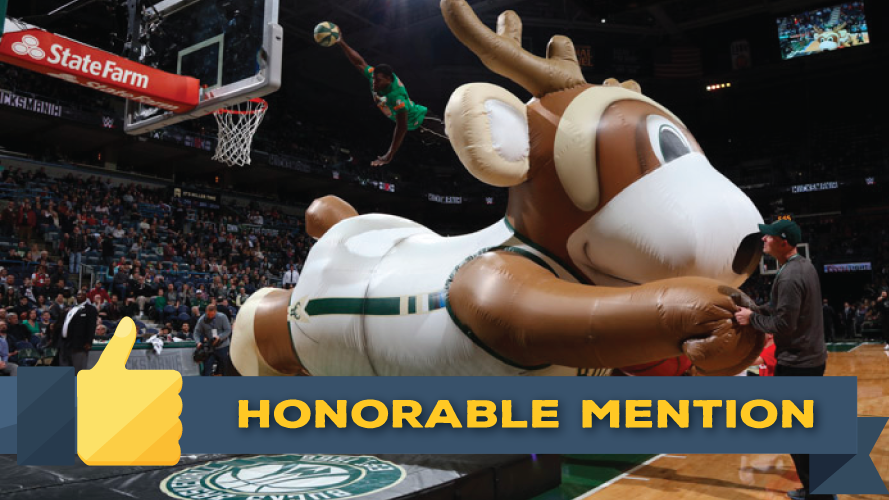 The high-flying part of the Bucks Entertainment Network is a team of daredevils performing at games, in the community and around the world with their innovative flair and trampoline dunks. Always considered on the high-end of all NBA dunk teams the Rim Rockers showcase extraordinary athleticism paired with the Bucks exceptional production values.

Listen to the Best of 2020 Audio Round Table discussing all the categories and winners with out panel of Jon Cudo, Amanda Greco, Rob Wicall and Benjamin Hill. – December 2020 Party in the Back Podcast

2020’s global pandemic effected every award by shifting the goals and changing the conditions everyone works under. Best Game Promotion was split between a traditional game promotion and an “only in a pandemic” promotion.

First, the Hershey Bear fans threw 45,650 stuffed bears on the ice after a first-period goal, breaking all the record for bears toss and donated. Hershey’s AHL team continues to make this a centerpiece promotion for their fans and garner worldwide attention. This year after 9 mins of hockey it was “raining teddy bears in Chocolate Town!”  Visual spectacle, interactive fan fun and a big charitable twist makes every Teddy Bear Toss special the Hershey version an award winner.

In an “only in 2020” presentation, the Pensacola Blue Wahoos spent the quiet summer months looking for ways to engage their fans, stay relevant and unearth income-generating promotions.  The combination of these efforts created a viral sensation when the Blue Wahoos turned their stadium into a $1500 a night 10 bed AirBNB rental (which remains active in December 2020).

For the first time ever, a professional baseball stadium is available for rent on AirBnB, giving fans the most intimate, behind-the-scenes ballpark experience in history. Whether you’d like to host an unforgettable overnight trip with your youth league team, throw an unbeatable birthday bash, stage a corporate retreat that will make you an office hero, or spend your bachelor party living your sports dream, Blue Wahoos Stadium is the ultimate rental.

The reviews from guests mirrored the review from our panelists, driving this Blue Wahoo classic to the top of the list in 2020. One panelist loved how this fit with the times, produced revenue and broke new ground in sports. 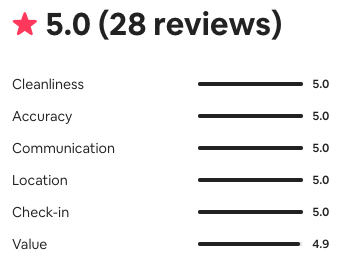 The Phillies were among the leaders in filling their stands during the COVID-19 pandemic with cardboard cutout fans. The team filled seats on opening night with health care workers, before shifting the focus to season ticket holders.

After that the team continued to produce the effect with excellent attention to detail that included a web cam allowing fans to search the stands for their face and lots of interaction from Hall of Fame mascot The Phanatic.

You can see more in this Water Cooler post from September.

Phillies are a Cutout Above

Listen to the Best of 2020 Audio Round Table including great background and details about this years efforts from the Blue Wahoos delivered by MILB expert Benjamin Hill. – December 2020 Party in the Back Podcast

Water Cooler Moments are those that create conversation.  Mascot skit, theme night, giveaway or wacky contest.  We seek them out and serve them up on Gameops.com DAILY Monday through Friday.  Click on the Water Cooler on our home page to see this fresh daily content.  Gameops.com Water Cooler Pages.  Memorable promotions like Hershey’s Teddy Bear Toss are featured every day.

December 2020 Party in the Back Podcast

Tyler’s Amazing Balancing Act for Basketball and Baseball has been seen on America’s Got Talent, Ripley’s Believe it or Not, Regis and Kelly, ESPN and shows all across​ the country.