Gameops.com is produced by Mark Out Productions. If you have any questions about the site, please feel free to contact us anytime.

Email: Please use our contact form, or the form below

The Store on Gameops.com Direct:
Please note our first reply always comes via email, use the form below.

Gameops.com is a resource web site designed to connect teams and event producers with ideas and tools that will enhance the entertainment value of their events. The site is produced and managed by Mark Out Productions, Inc.

Our website went live on Aug 6, 1998 with a handful of pages. The site you see today is barely recognizable from that first effort. Nineteen year later the site has over a thousand pages filled with thousands of ideas, links, and products to enhance your events and games.

In the early years, Gameops.com was a goodwill piece to supplement our business operations and entertainment acts. Over the years, the growth of the site has turned it into a marketplace of goods and services with the addition of our secure e-commerce Gameops.com Store and the additional distribution of thousands of popular promotional products and our TEAMmate Service.

Our World Headquarters are nestled in downtown Lakewood Ohio, a suburb of Cleveland.

Gameops.com is the number one resource web site for the sports operations and entertainment industry. We offer thousands of the best sports premiums and promotions. In addition, we provide the tools to take you from concept to reality.

For the first four years, Gameops.com was a one-man show. Mark Out Productions owner and founder Jon Cudo was behind virtually everything our readers found on the site. As we continue to grow, we will add Teammate Sales professionals to help assist our clients and readers with the many products and promotions available from Gameops.com. 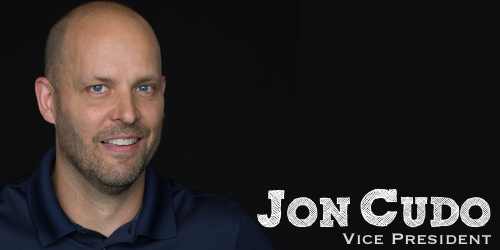 Jon Cudo began his career in sports entertainment with the expansion Minnesota Timberwolves (NBA). The Minnesota native performed as the Wolves mascot Crunch for the first seven years of the franchise. Over the next 20 years Jon has performed in over 42 states, in ten countries, for over twenty million fans. During his travels he realized that great ideas in game entertainment happen at all levels of sports and many work in different sports, which was the impetus for Gameops.com years later.

In 1996 Jon moved to Oregon to work with a new division of Nike, Nike Sports Entertainment. There he produced, directed and performed at numerous events around the world. In 1998 Mark Out Productions was created to pursue sports entertainment productions in several directions. Jon performed as Spot the Fire Dog for the Portland Fire (WNBA). More recently he later created and performed as the Cleveland Cavaliers official mascot Moondog spanning 17 years.

Cudo functions as the producer and editor for Gameops.com, is a freelance Live Event Producer for WWE touring show and consults with teams on game entertainment and mascot programs.

When he is not dressing like a dog or editing typos on Gameops.com, he enjoys woodworking, hockey, running, sailing, politics, listening to podcasts, breakfast and reading. Jon graduated from Portland State University in December 2002 with a B.S. in Social Science. He currently resides in Rocky River Ohio with his wife Lara and son Oscar, where he also serves as Mayor.* 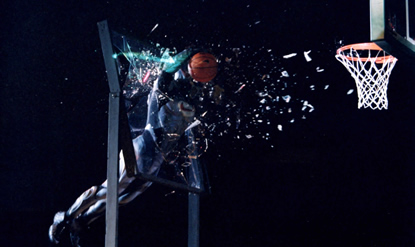 These are some of the dedicated folks that helped build and grow Mark Out Productions.  We remain grateful.

Born and raised in Rocky River Ohio, Jenny Oblock is a self-proclaimed jock. Playing sports for as long as she can remember, including soccer, softball, volleyball, and basketball. Volleyball has been the one sport she remains active and passionate. Jenny played on a collegiate level at Mercyhurst College and continues to dominate rec leagues all over greater Cleveland.

A graduate of Mercyhurst College located in Erie Pennsylvania, Jenny received a Bachelor of Arts degree in Business with a concentration in Marketing. After a internship with the Cleveland Cavaliers, Jenny joined Mark Out Productions in the summer of 2008.

Jenny’s initial focus was updating content into our new web format and has recently (and flawlessly) transitioned into our TEAMmate Marketing and Sales Coordinator.

Isaac was born on a blustery Fall morning in Lexington, Kentucky. After spending some time in Alabama, near the Georgia border, he settled in Columbus, Ohio for the remainder of his journey from childhood to adulthood. This unique path has continued to connect Isaac with Champions. College Hoops season brings out the UK Blue (Winningest College Basketball Program) in Isaac, which slowly turns toward the Braves (14 Division Titles in a row) in the Spring, and as Fall comes, his blood turns to Scarlet & Gray (Buckeyes = Top 5 winningest College Football Programs). Isaac believes his champion ways will continue with his connection to Mark Out Productions.

Isaac graduated from Ohio University in 2004 with a Bachelor’s Degree in Sport Industry and a minor in Business. While serving as a Bobcat, he spent time with the hockey team in sponsorship sales. Isaac also worked with the Cleveland Cavaliers Sales Staff prior to joining Mark Out Productions.

Isaac enjoys feeding his competitive spirit by keeping involved in the local Cleveland Rec Leagues (kickball, softball, flag-football, volleyball). His golf game promises to improve, since there is only one way to go. Isaac enjoys bran muffins and flossing.*

A transplant from Indianapolis, IN, Shantiel Soeder currently assists the financial department at Gameops.com. With a Bachelor of Science degree from Indiana University, Bloomington, this Hoosier was an instant asset.

Unlike her colleagues, Shantiel has no prior sporting experience. This Hoosier is great at making sense of the piles of fiscal data generated. When she is not crunching numbers, she enjoys long walks on the beach.

Shantiel constantly proves that “There’s more than corn in Indiana”. The staff’s only Hoosier enjoys Feng Shui and holds a green belt in Taekwondo at the Cleveland Dojo of Mixed Martial Arts. *

This Montana native has worked with numerous sports organizations over the past few years. While attaining his Master’s Degree in Sports Management from MSU-Billings, he worked as a graduate assistant in the athletic department working primarily on game management and promotions. He has also spent time working with the Big Sky State Games and a summer traveling around the country for Synergy Sports with the Got Milk? campaign.

Jason moved to Portland in September of 2001 upon accepting an internship with the Portland Trailblazers. While with the Trailblazers, he worked on the Client Services team to develop and manage corporate sponsor promotions. Following that he spent six months with the Portland Fire working with the organization’s Booster Club, Kids Club, community relations programs and internet marketing team.

Jason left his full-time role with Gameops.com in August 2005 to pursue a law degree at the University of Montana. Jason remains an underpaid business consultant for Mark Out Productions….however, we are still hesitant to take his legal advice.

In his spare time, Jason is an avid runner, enjoys passively viewing Yoga videos, Yahtzee!, and is diligently working to establish a Fencing Club in Billings Montana.

Corey Mehl was Born in Staten Island New York and has moved over 10 times across 5 states.  He’s been running since the 7th grade and can’t stop despite not being sure why he started.

Upon graduation he worked for the Columbus Blue Jackets, then a brief and glorious stint with grocery king Giant Eagle before being drafted by Mark Out Productions.

Lacking the actual skills to ice skate has not deterred Corey’s passion for the NHL. He never misses a Pittsburgh Penguins game and when they aren’t playing he’s playing NHL on PS3.  Corey is a New York Jets fan by birthright (his Uncle Lance was a Jet from 1980-88) and was also the ring-bearer for Joe Namath’s second marriage.*

In his free time he writes two blogs and maintains a steady flow of interaction on Facebook and Twitter.  Corey loves to eat, read, watch movies, and sleep…and hopes to someday accomplish all these at once.

**The webmaster reserves the right to embellish and enhance the personal bio of everyone on this page.

February 2023 Party in the Back Podcast

Top Level Service from the Wolves